Befriending helped me to believe that recovery was really possible

My name is Sarah*, aged 32, and I am in recovery from bulimia nervosa.
(*name has been changed)

I developed bulimia aged 14 after a period of quite significant change, and some long-standing difficulties with anxiety. At the time I was unaware of the reasons for my eating disorder, and I am still not clear on all the causes.

I denied the existence of my eating disorder for a while, assuming that my issues with food were normal amongst teenagers. Since I was still doing well in school and I never lost any weight, I thought no one would believe that I was struggling. However, eventually it got to an unmanageable point where eating disorder behaviours were taking up most of my day and I was often running late to things because I couldn’t stop bingeing and purging. I sought help from school, my GP, and my local eating disorders service when I was 16.

“I never felt able to talk to my family about how I was feeling.”

I was lucky enough to have incredible support from friends, school, and my treatment team, and although my family were so loving, I never felt able to talk to them much about how I was feeling. I had weekly (and at one point, twice-weekly) therapy which was helpful, and was discharged from my service once I turned 18. By that point I felt stable in recovery. At stressful times, I might binge or purge or restrict my intake, but I had found my motivation to recover and had the support of friends and school to get me out of bad patches and keep me going.

I still had a few eating disorder ‘niggles’ but the issue came when I started my first year of university. I relapsed really quickly due to the stress of change, and I felt like I was right back in the depths of my eating disorder again. I felt like I couldn’t speak to anybody; I no longer had therapy, I’d lost the consistent support from school, I’d struggled with my existing friendships and didn’t feel able to speak to my family. So only I could keep myself accountable and it was easy to deny the existence of this relapse. That’s where Talk ED (then known as Anorexia & Bulimia Care) came in. I spoke to the support team after a really bad day at university and they suggested the befriending service.

How having a befriender helped me

Having a befriender was helpful for a whole host of reasons. Reducing shame was the biggest one, for me. I didn’t have to tell anyone else about the calls and I never had to show my face and be confronted with potential judgement; as a result, I could talk candidly about my eating disorder behaviours. I attribute getting out of that relapse quickly (within a few months), in part, to my previous experience of recovery and knowing what worked for me and how sneaky the eating disorder could be, and in part to befriending. I had some therapy during that time but had unfortunately received some insensitive comments during my assessment with the service, which stopped me from opening up about the eating disorder fully when I eventually had therapy there.

“Expressing my fears gave me hope.”

Expressing all my fears to my befriender whilst receiving reassurance that full recovery is possible, gave me the hope that I’d lost for a while. A few months into befriending, I felt pretty much recovered again, and over time I’ve reached a point where I feel about 90% recovered.  For me, that means that most of the time I can get on with my day without obsessing about food or exercise. I haven’t binged or purged for so many months that I’ve lost count, and I can deal with any eating disorder thoughts really quickly – I notice them but ignore them.

“Befriending helped me realise that full recovery really is possible.”

Events like Christmas and birthdays are no longer stressful food-wise, so that’s in the background whilst I can have fun with family and friends. Having a befriender helped me realise that full recovery really is possible and I don’t need to live with an eating disorder voice inside my head.

I now have more motivation to keep challenging the last few remnants of the eating disorder inside me, so soon I can be completely free. Even more free than I am now.

← Emma's story How to identify emotions with clarity and purpose →

My name is Kate and I am 34 years old. I first developed anorexia when I was 20/21. Since then it has been living with me like a twin. I am fully aware of the anorexia. I do not try to conceal it, and although my mind has not healed completely, I can cope with it much better than before.

Have you heard of ARFID (avoidant restrictive food intake disorder before? I hadn’t, until I was 22. This disordered eating I had put up with my whole life was finally given a name…

I’m Sophie, aged 32 and I have recovered from bulimia nervosa. After years of disordered eating and an unhealthy relationship with food and body image…

To talk to someone who understands, book a 1:1 support call, we’re here to help. 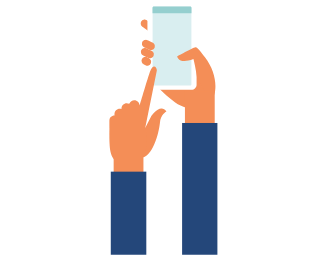